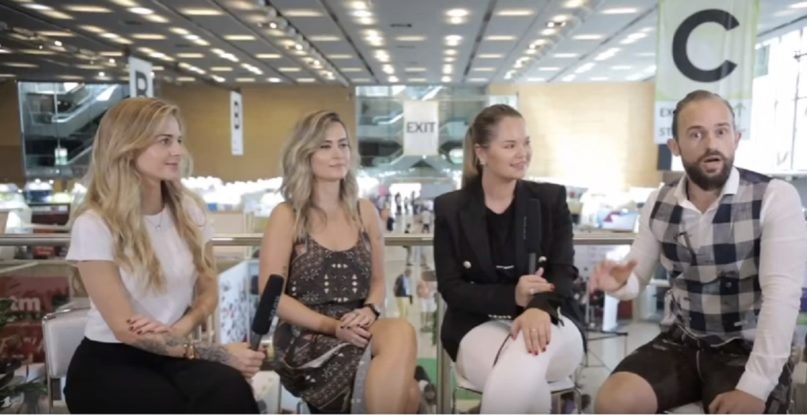 Our Female Entrepreneurs from the WAM panellists’ reveal to Philipp Schoeffmann their biggest tip for bootstrapping multimillion dollar companies, and more at Affiliate World Europe in Barcelona.

Phil:
We’re here with The Spice Girls of online marketing and beyond. You’re actually powerful, female entrepreneurs. That’s exactly what I want to talk about. So hello, how are you? Fantastic?
Mia:
Fantastic.
Phil:
Fantastic, okay. Well, let’s dig right into it. So, maybe you can briefly summarise who you are, what brought you on that fantastic stage, and then we keep going.

Mia:
Do you want me to start? Okay. My name’s Mia. I’m from Melbourne, Australia. I’m 26-years-old and when I was 22, I founded my first company, which was Pearly Whites Australia. I was clueless about business, had no idea what I was doing. A bit cheeky but it worked for me. That company then grew to $1 million revenue in the first six months. And it’s just been a whirlwind from there. Founded five ecommerce businesses since then and will continue to do that. That’s what my passion is. Creating a brand, creating a community and a product around it, I guess a market gap. Yeah.
Phil:
That’s very impressive.
Mia:
Thank you.

Aline:
For me, it took me a little longer to get here but I started in 2007. I co-founded an advertisement agency. I got really big, I was really ambitious so I started talking at big conferences. Then I got invited to speak at Afiliados Brasil, which is a Brazilian affiliate conference. There I met some people from ClickBank and we made a partnership. And we started to license best-selling offers in the world to the Portuguese market, to the Brazilian market. So we had some limitations because of payment methods and Brazilian government and stuff like that. So we started to create our own offers while we tried to figure out how to solve that problem. And then I partnered up with some very powerful people. We founded Offerpay that solved all our problems.
Phil:
Congrats, congrats.

Mirella:
I started out in that mix. I was hired by an affiliate network, I was running affiliate offers for many years, doing this exact same thing. Run everything from dating to sweeps to lead gen. And then decided to venture off on my own and start my own business. And nowadays, I run Pixelhaus, which specialises in helping businesses grow, customer acquisition through Facebook search, conversion optimisation, and yeah. It’s been a fun ride.

How To Boostrap Multimillion Dollar Companies

Phil:
I’m sure it was. Well that’s fantastic. I would love to speak more about what you actually shared onstage. So your topic was how to boostrap multimillion dollar companies, right? Can you please share your biggest point, your main takeaway about what you shared onstage?

Mia:
I know what I know and I don’t know everything but what I knew at the time when I was starting my first business ,was that I had a goal in mind. I had to do absolutely anything and everything I could to get there. And like you said, I think I had an advantage being that I wasn’t conditioned. I didn’t have someone in my ear telling me how to do it. I literally had to go and work it out myself. So for me, I guess my takeaway, well I guess, do what you know and don’t try and do what you don’t.

Partnering Up With People

Aline:
For me, what I talked most onstage was about partnering up with people. That was always my thing. I was always very good at networking. And every time my life changed a little bit more like I gave a bigger step was always after a big conference where I met people and made new alliances until I got with very powerful people. I think for me, networking was really relevant throughout my entire career. Always opened a lot of doors for me to get where I am now. I couldn’t be here alone. I have at least ten business partners.

Mirella:
I think something that we touched on and all of us can speak very well to is self-doubt and overcoming the “impostor syndrome” and being an entrepreneur. And the difference between being a “wantrepreneur” and an entrepreneur, which is that you stop making excuses and you start taking risks. And that’s something that came from learning affiliate marketing, that’s what I think is my biggest takeaway from you know, what everyone here does is you’re betting on yourself. You’re setting those bids and you’re scaling your budgets and your betting on your idea. Worst-case scenario, we go back to square one. We go back to, we find a job or we start all over again. Like Mia’s story is amazing. She started her businesses and she had complications and she did it again. And then she did it again.

Phil:
But I have another question for your ladies. So I sincerely wish there was no difference if you’re a guy or a girl, but in many ways, there is.
Mia:
100%.
Phil:
So, what challenges did you find that are additional to everything else just because you’re a strong woman and you’re building your own future? What additional challenges did you see and how did you overcome them?
Mia:
God, I even think that the most powerful women in the world are still intimidated at times. That’s just part of our nature. It really is. I’m so grateful that as we progress in society and as our generations grow, women are stepping forward on the front line and taking charge and being leaders. And thank God, some men, not all yet, but they’re accepting that and they’re actually loving it. I still think that a man has his place and as does a woman but…
Phil:
Thank you, thank you. I’m very grateful for that.

Being A Woman In A Male-Dominated Space

Mirella:
I think it’s a part of it, right. Society has been organised a certain way since the beginning of time. Like changing perception I think is something we all deal with because as a young girl starting in a male-dominated industry, comes with, you walk into a room like this and you want to shake hands and you want to network and you want to do business and there’s a pre-conceived misconception of what you bring to the table. As a young girl, “What can you teach me? What kind of business can we do together?” So there’s that lack of interest to start with that a guy, for example, wouldn’t have to deal with. A guy comes equal to equal, they shake hands. So we’re kind of constantly having to prove ourselves and change that perception. I think that’s the added difficulty that comes with being a woman in a male-dominated space.
Aline:
I agree with Mirella. I think that respect is something that you earn, no matter who you are. If you’re a guy or a girl. And for me I had to work a little harder than guys, which was fine, because I started to write articles and participate in podcasts. And I did everything I could to stand out. I’m partnered up with girls also to stand out because we, as groups, we stand out faster when we are together. And that worked really well for me until it got to a point where everybody respected me and it was fine, you know.

Number One Tip To Female Entrepreneurs

Phil:
That was a couple of very powerful statements. I would like to ask you for one tip and one tip only that you would like to give to a female entrepreneur or any entrepreneur who wants to have success in this industry. Go.
Mia:
So, it’s simple, but execution. That’s my number one tip. If you’ve got an idea, if you’ve got a deep, burning desire to be in business, then just do it. Just start. Someone said on the stage before, a really fantastic quote which I love and that is, and I talk product because I’m a tangible girl. The businesses that I’ve always started have been tangible product-based businesses. And what he was saying onstage was so perfect. And that is that “If you’re not embarrassed by the first product concept that you brought to market, then you started the business too late.” Right? And it’s so true. So you don’t need to be perfect from the start. You don’t need to know everything from the start. I still learn every single day. I’m no expert and I never will be. But the most important thing to do to get to where you want to be is to start. My number one tip.
Phil:
Thank you.
Aline:
I was actually going to say the same thing.
Mia:
Sorry. Elaborate on it.

Aline:
Because if we’re talking to women here, if I could give a woman a tip, it would be we’re too perfectionist. It took me a little while to understand that sometimes not perfect sells way better than perfect.
Phil:
Oh yeah.
Mirella:
Ugly works.
Aline:
Ugly works, ugly sells. And I think that self-judgment will never help you. Like she said, just get shit done. Just do something.

Mirella:
I think my advice for both women and men, I see the industry is changing so much. From one conference to the next, every six or so months is a completely different game. So I think at this stage, where we are now if you’re not building something you’re falling behind. Right? So I mean, if you are in this space, realise that it’s shifting under you. So keep an eye on the longer-term and start building something if you haven’t yet.
Phil:
Thank you so much, this was indeed fantastic. I very much cherish all the information, the value you’re giving. And well, hope you have a great remaining time here at Affiliate World. 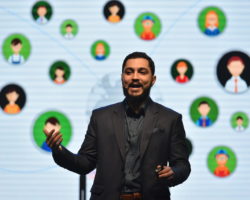 There is safety in numbers. You have mastered your affiliate skills, and you know how to…read more
06 Dec • AWC 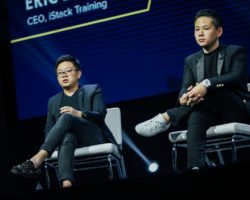 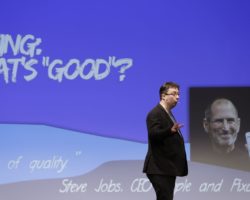 How lit are your affiliate marketing skills? Most affiliates get into the industry to fund a…read more
14 Jun • AWC 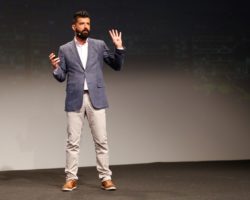 Aside from Facebook audiences, Dimitris Skiadas will take you through a specific example of how tweaking…read more
14 Jun • AWC