Phil:
🎙️ We have three of the biggest spenders on native. They know their sh*t and they’re sharing their top native advertising examples today. Guys, please introduce yourselves.
Michael:
I’m Michael Thiel and I run a media buying company and I do native ads full time.
James:
My name is James van Elswyk and I’m pretty much an all-around marketer, all the different traffic sources, things with creatives, things that are based on data. I have a media buying agency and a creative agency and I run a lot of ads.
Ralfs:
Hey, I’m Ralfs. I’ve been running native ads since 2015. I’ve scaled multiple campaigns to 7-figures. My record is $89,000 in one day and what’s interesting about me, I guess is that I do it all alone. I’m a one-man army, and up to today, I’m still actively running on native ads, obviously.

Phil:
🎙️ So, starting on native is not that hard, is it? I mean, almost everybody can manage to do that but then of course, becoming profitable is a different game and scaling is even more different. So I guess the way that you work sets you apart from a beginner, the way you have processes in place and then I think there is a couple of aspects that people should really, really look more into. What are some native advertising examples for those?
Michael:
One of the reasons why people fail is because they let the emotions take over. One of my native advertising examples is when I set up a campaign, I set it up with a low daily budget and I have certain optimisation rules in place and I know how much money I’m willing to lose and I let the campaign optimise itself and I try not to quit too early.
James:
Yeah, it’s not as much as a black box as Facebook, for example. It’s a lot more manual. So the ability to measure decisions is there and I think the emotion thing like he says, if you start spending on things that you feel is going to go well, you’re just going to blaze through all of your budget. So I think being that it’s more manual, I think that’s really the key so people don’t lose too much. I think part of native isn’t so much what you’re making as much as it is trying to lose as little as possible.
Ralfs:
I think in order to be successful in native, you just have to focus on your stuff and not copy others because there’s always a lot of affiliates running the same stuff and so if you get stuck to this spying mentality then you will always be behind.

Native Advertising Examples: The Most Important Thing is The Angle

Phil:
🎙️ Let’s stick with that. Your shirt says keep it simple, I’m not sure if you can read that. Just keep it simple. So if we keep it simple, what’s the one main thing people should look at?
Ralfs:
The most important thing is the angle – that’s one of my other native advertising examples. As you said, content is king, and the angle is what will either make you money or lose you money. You have to test different angles, different headlines, different images, that’s the only way forward.
James:
Yeah, I think angle, creative strategy. We’re really all going to be replaced on the digital side by machines soon. Everything will be automated, but you can’t automate creating an angle, this emotion, this use, or what it is that makes someone actually want to buy. You can replace playing with the bids and things of this nature, so I think creative.
Michael:
Yeah I agree. Creative angle is most important but to get more specific, if you’re looking at the ad title itself, and then from there, you’re creating the advertorial, from there you’re creating the images, as one of my native advertising examples, that’s a good starting point.
Phil:
🎙️ So you start with the headline?
Michael:
Yeah, that’s the most important part because that dictates everything else.
Phil:
🎙️ Okay, that’s very interesting. One of the key native advertising examples to note. Alright. The way that I tend to test is I have a limited number of landing pages but a sh*tload of different ads that feed into those landing pages. You go the other way around, where you first get the headline and then everything comes from there?
Michael:
Right, so you have the ad title but you will, to save time and be more efficient, you’ll create multiple of those that can fit a category. There’s kind of a range of creatives that can work on an advertorial. So you’re testing those and if you do find a new creative to be successful, like it has a high CTR but not quite converting as well, then you’ll go back, you’ll create a new advertorial that is more relevant to that creative.

Phil:
🎙️ Okay, that’s interesting. Well let’s go more into the concrete steps that you’re taking for finding or developing great creatives. So let’s start with the headline, but maybe each of you can quickly go through the biggest steps or native advertising examples in your process from having an idea to having a successful campaign.
Michael:
One of the strategies is look at a spy tool but don’t dwell on it too long. It’s good to see what’s already working but you know, you really want to out-innovate them because they already have more data than you so they are the bigger fish so they should beat you unless you come up with a slight twist or major twist that really takes it from them.
James:
Yeah, I think it’s more beneficial as far as the chance of making large ROI, large profit, to do as he is saying, which is to just spending the time testing to innovate. Really go outside the comfort zone and find completely new images or angles as opposed to just trying little variations of someone else’s or the same sh*t that you always run. It’s a little bit more expensive but once you hit, you’re going to have a much better response if you have something that’s a lot fresher and newer.
Ralfs:
Yeah, exactly as James said, it’s all about testing the big things. Nobody is after a 5% ROI increase, we want the big changes like test the whole angle, test the whole image, like do things completely differently each time you test something. That’s how you’re going to discover completely new things that you would never even think about and that’s what changes the ROI.
Phil:
🎙️ Cool, so if you have an idea. How many different headlines or creatives do you then come up with to split test?
Ralfs:
As many as you can.

Phil:
🎙️ Okay, I remember a screenshot from one of your presentations and it was, I don’t know, high 5-figures just testing budget per day but that was Facebook. I think. Is that what you guys are speaking about? Just to put that in reference.
James:
It depends how fast and aggressive you like to spend money. Again, I take all the different variables whether it’s image, headline, landing page, and decide how much I want to spend for each to make a proof and I put it in an Excel spreadsheet and I see what I’m going to spend. If I need to make 30 decisions, $100 dollars a decision, then I know the amount I’m going to have to go for and you can either do a little bit at a time or you can just rip the bandaid off all in one shot, lose a bunch early, and then kind of build out but yeah, it’s as many variations as you can think of. The more, the better.
Phil:
🎙️ I think that’s the scary part for a lot people who are just starting out. So we run bigger scale tests on Facebook, it easily reaches high 4-digits, 5-digits sometimes per day and that can be scary right. You have no idea if it’s going to work out or not.

What’s one of the more lean native advertising examples here? So if you don’t really know yet if things are starting out, you’re just testing less? Or how do you go for that?

Michael:
So another one of my native advertising examples would be to start off with a lower budget. In the United States, I usually start with a $200 a day budget, and other countries where the CPCs are cheaper, you could start off with as little as $50 a day budget and that’s going to start showing you – it should show you enough placements early on so you can start looking at your LP’s CTR, like the clickthrough rate of the advertorial and if you notice some placements that are very weak, you bid those down or you block those and then also, if you have one placement that’s hogging up a majority of the traffic, you can bid that one down so you can get a spread of data. So I would recommend for limited budgets, about $200 a day in the US. Keep an eye on the placements and make sure they don’t get out of hand.
Phil:
🎙️ Alright, that’s fantastic. I think we can do one more round for this interview. If you want to share one more thing with our audience, what would that be? Your number one tip.
Ralfs:
Be innovative. Try things that other people don’t do.
James:
Yeah, to follow up to him. Take risks because you can test them. You can think something up and you’ll find out if it’s good or bad pretty quick so you might as well try out things because you can actually see if it works or not.
Michael:
Figure out why you’re in this business other than just for money and if it is for the advertising side, get passionate about that, read all direct-response copywriting books, and isolate that passion so it can help you get better in this industry.
Phil:
🎙️ Thank you so much for sharing those awesome native advertising examples. I obviously agree. That was a good one. Thanks guys. 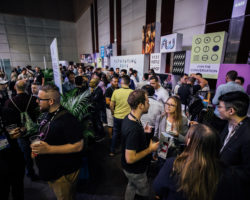 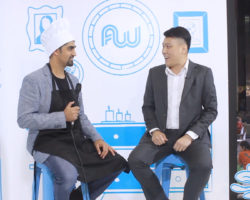 Depesh Mandalia Dishes On How To Lower Your Facebook CPMs 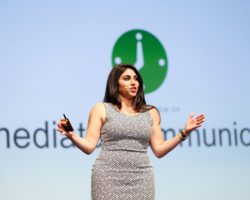 The Shift to Mobile Ecommerce

Darlene Thomas works at Facebook and is an expert in the mobile ecommerce space, her expertise…read more
15 Jun • AWC 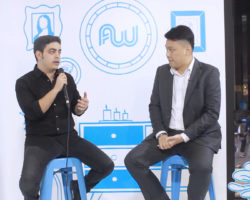