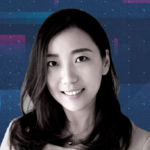 Lixia started A-team in Hangzhou, China. Since 2010, she has grown to be one of the biggest B2C sellers on eBay and Amazon. Lixia’s A-team specialises in supply chain control, operating from offices in both the United States and China. They service famous, worldwide brands such as CK and Hugo Boss. She is also recognised by Goldman Sachs as one of the top female entrepreneurs in China.