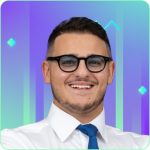 Marco is one of the youngest successful entrepreneurs in the affiliate marketing landscape.

He began his career in 2012 as an affiliate marketer at just 12 years old. In 2015, at 15 years old and less than three years later, he became one of the strongest underground marketers in Europe with track records verifiable by the largest existing networks.

His experience in the world of affiliate marketing leads him to travel in and out of Europe, putting him in contact not only with the best professionals on the scene, but also with the problems that affiliates like him live with daily around the world.

Today, 10 years after its inception, Marco has helped with his team over 1,000 affiliates generate over $50 in commissions – making daily clearance and payments – with hundreds of thousands of satisfied end customers.

For Marco, the most important thing is to innovate the world of affiliate marketing through an approach that brings together more and more companies with sought-after products and affiliates who are hungry for results.