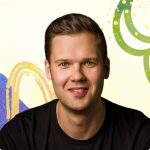 Matt McEvoy is the CEO of MaxBounty, a Canadian performance-based CPA network that specializes in maximizing ROI for both advertisers and affiliates. For almost two decades, Matt has been a driving force behind MaxBounty’s growth and success. Originally brought in to increase the network’s roster of advertisers, Matt quickly became involved in many facets of the business and led all business development efforts prior to becoming CEO. Matt began his career at MBNA, a division of TD Bank, and he is a recipient of Ottawa’s Forty Under 40 Award.