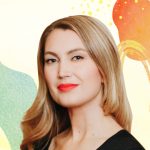 Sarah Gulbrandsen is the CEO of RingPartner, a call marketplace based in Victoria, British Columbia. She has spent the last 15 years helping global companies connect with consumers. Sarah has worked in a variety of sectors including digital marketing companies, a Fortune 500 retailer, and also a brief stint in television. She is the recipient of VIATEC’s Emerging Leader Award and was included in Business in Vancouver’s Top 40 Under 40 list. She has been featured in Forbes, on NBC, and CBC News. In her free time, Sarah enjoys renovating homes, spending time with her family & mentoring other women on their own career paths.